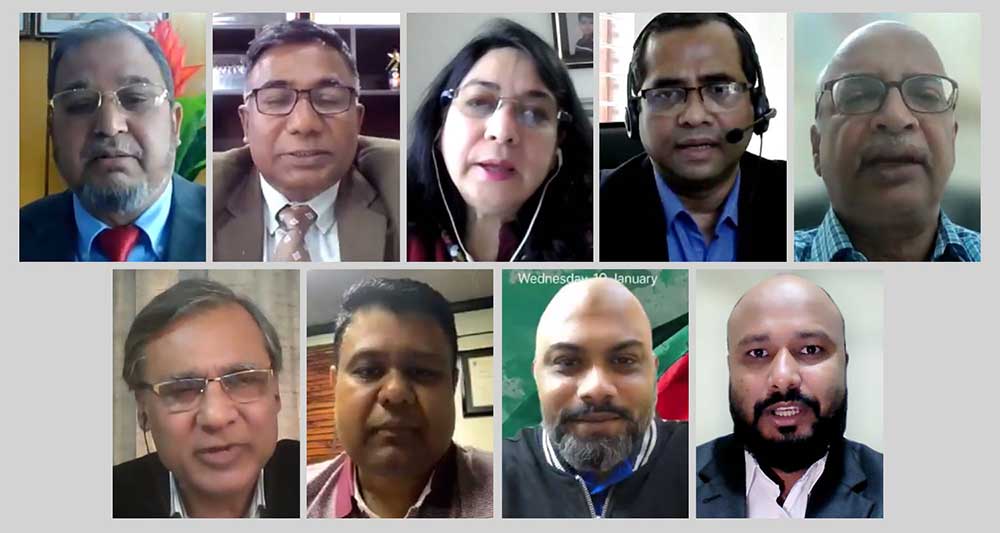 The ongoing gas crisis needs to be addressed through short, medium, and long-term measures. The impact of liquefied natural gas (LNG) should not be the lone measure rather enhancing efficiency in gas use in power plants, reducing captive power generation, promoting clean-energy-based power generation are important to address the crisis.

Major economic activities of the household, industry, transport, and power sector have been facing challenges due to shortages of gas supply. The government has attempted to adjust the gas shortage by augmenting liquefied natural gas (LNG) imports. The LNG import has significant fiscal-budgetary consequences. Bangladesh should not consider LNG import as a long-term solution, especially for the power sector. Government should put emphasis on clean energy-based power generation, gradually increase the share of renewable energy in the fuel mix, improve energy efficiency. Bangladesh Power Development Board (BPDB) should revisit its existing power generation plans which are in the pipeline and should not encourage future power plants based on LNG or petroleum. These observations emerged at the virtual dialogue on Gas-LNG Debate in Energy Supply: Costs and Consequences of LNG Import for the Power Sector, organized by the Centre for Policy Dialogue (CPD) on 13 February 2022. 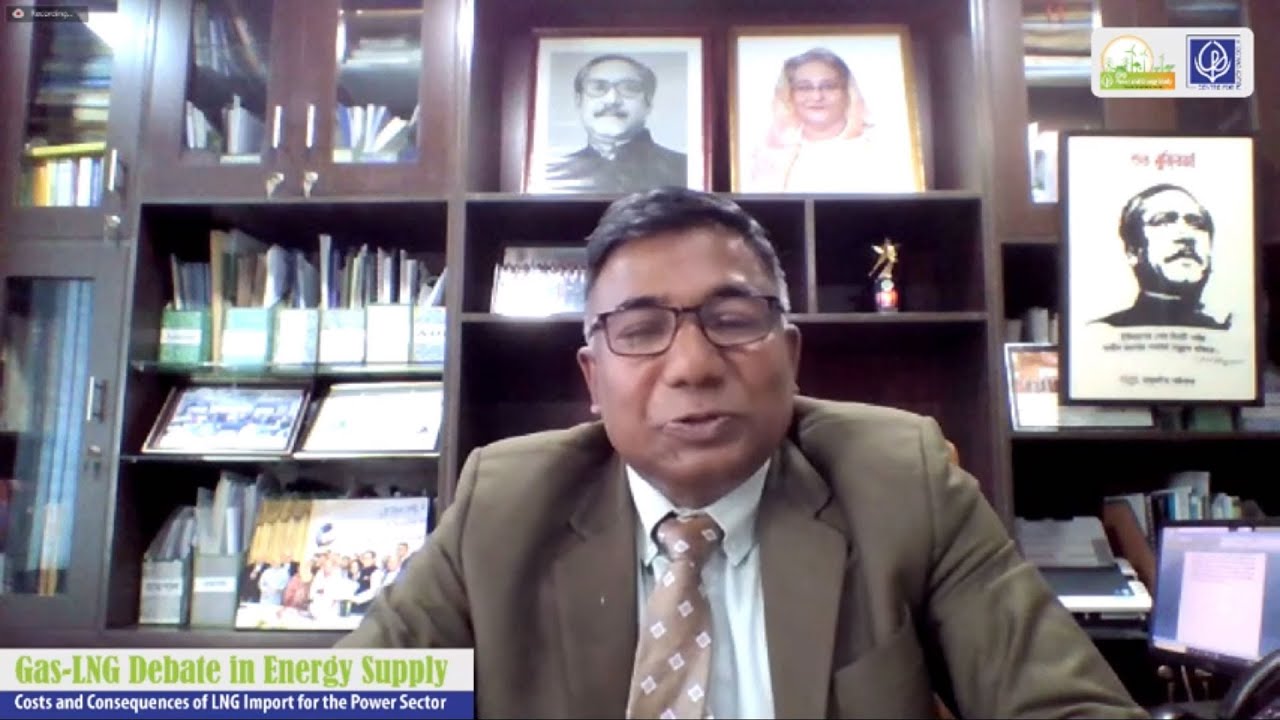 In her introductory remarks as the Chair of the session,CPD’s Executive Director, Dr Fahmida Khatun mentioned that in the short to medium terms, finding alternate sources of energy to meet the demand of the country seems difficult without LNG import. On the other hand, the power sector has to choose alternative sources to reduce the burden of imported LNG. Hence, this is an opportune moment to find an alternate solution for the power sector to resort to clean energy. She further added that, high import price will have an adverse impact on consumer’s purchasing power and LNG dependency is not environmentally sustainable.

Dr Khondaker Golam Moazzem, Research Director, CPD and Mr Abdullah Fahad, Senior Research Associate, CPD made a keynote presentation at the dialogue. The paper mentioned that imported LNG is 24 times costlier than locally produced gas. The cost would be higher in FY22 due to rise in LNG prices. Their presentation stated that it is time to revisit the country’s existing approach on the growing reliance on the LNG imports for the power generation and the associated infrastructure development plans. In the short term, LNG imports may need to continue to meet the existing demand-supply gap particularly for activities/sectors where no immediate alternative are available. In the medium to long term, Bangladesh needs to consider alternates of LNG import in the above-mentioned sector targeting more cleaner source of energy use. In short, medium to long term, Bangladesh needs to put emphasis on gas supply from domestic gas reserves. The presentation further recommended that increase in gas price might be unaffordable to the low income population/households in this critical circumstance of COVID-19. Hence, government should take the burden for the short-term.

Dr M Tamim, Former Special Assistant to the Chief Advisor and Professor, Department of Petroleum and Mineral Resources Engineering, Bangladesh University of Engineering and Technology (BUET) put emphasis on exploration of gas. Incase of onshore gas exploration responsibility to be given on a competitive basis – either to BAPEX or foreign companies. Dr Badrul Imam, Honorary Professor, Department of Geology, University of Dhaka stated that the current gas price crisis can be linked to the negligence towards the exploration of our own gas sources. He recommended to increase the exploration pace both in onshore and offshore gas fields. Increase in price of gas along with cost of production will be major constraint for textile sector to turn around from the pandemic situation, said Engr. Razeeb Haider, Managing Director, Outpace Spinning Mills and Director, Bangladesh Textile Mills Association (BTMA). Mr Imran Karim, President, Bangladesh Independent Power Producers’ Association (BIPPA) opined that short-term market issues should not get priority in formulating long-term policies. He further commented that import of electricity from the neighboring countries produced by advanced renewable energy based technologies can make renewable energy mix of the country efficient. They spoke as Discussants at the dialogue.

Mr Mohammad Hossain, Director General, Power Cell, Power Division, Ministry of Power, Energy and Mineral Resources, Government of Bangladesh was the Guest of Honour. He emphaised on the need for both gas and LNG to provide electricity. Nuclear energy is an option as a cheaper means of electricity production, he suggested.

The Special Guest of the dialogue, Mr Md. Abdul Jalil, Chairman, Bangladesh Energy Regulatory Commission (BERC), Government of Bangladesh proposed more government subsidy or less tax/tariff as a short-run measure. He recommended increasing the rate of gas field exploration in the medium-run. As a long-term solution, he suggested increasing onshore and offshore gas field study, increasing gas reserve when there is low price in spot market and better maritime transportation system. BERC will take the decision on revision of gas tariff based on detailed analysis of the submitted proposals.

Policy-makers, representatives of the private sector, think-tanks, non-government organisations and development partners, experts and the media also participated in the dialogue.

50 years of BPDB: Once the hope of a nation, now a debt-ridden organisation

As Russia turns off gas to Europe, LNG worry spikes