Originally posted in The Business Standard on 30 January 2022 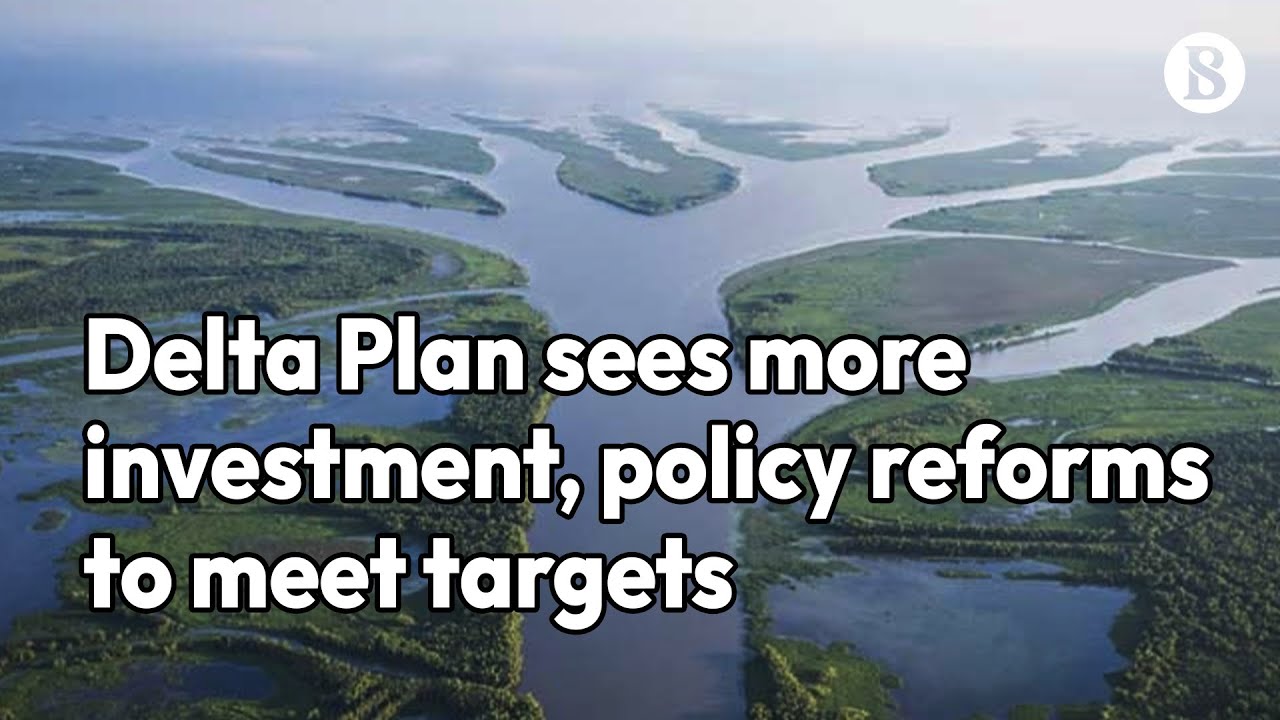 The government is progressively increasing investment in various projects to support the implementation of the 100-year Bangladesh Delta Plan for economic growth, environmental conservation, and enhanced climate resilience.

Officials at the Planning Ministry say a series of institutional and policy reforms are also underway to support the implementation of the Delta Plan. A Delta Governance Council headed by Prime Minister Sheikh Hasina has already been established to provide strategic direction.

There is also a proposal for setting up a fund to ensure smooth investment flow for the Delta Plan and the first meeting of the council will make a decision on this on Monday.

In the fiscal 2018-19 when the Plan was initiated, public investment in projects under the comprehensive development plan was just 0.66% of the GDP.

But a report of the General Economics Department (GED) shows that the government has set aside 1.13% of GDP, or Tk34,821 crore, in its FY22 annual development programme for projects under the Delta Plan.

Nonetheless, the outlay is still slightly less than the government target of 1.30% of the GDP, says the GED report.

The department under the Planning Commission suggests that annual investment for the Delta Plan needs to be increased to 2.5% of the GDP in phases by 2025 to meet the deficit.

Md Kawser Ahmed, member of the GED, told The Business Standard, “In the early years of the Delta Plan, investment targets were set a little high. Even though we have fallen short of the target, investment is now increasing gradually. Initiatives have been taken to increase the investment during the rest of the 8th Five Year Plan.”

The GED report also recommends increasing budget allocations for the ministries and departments associated with the plan, and implementing some of these projects through public-private partnership (PPP) arrangements.

The first meeting of the Delta Governance Council is slated for today to discuss issues related to the implementation of the mega plan. Sheikh Hasina will chair the meeting.

The government approved the Delta Plan in 2018 with a view to achieving sustainable economic growth and sustainable environment through long-term food security and sound water resource management. It also has a goal to tackle the effects of climate change by implementing the plan.

In the first phase of the Delta Plan, 80 projects are included for implementation till 2031, which involve an estimated cost of around Tk2,97,800 crore. These projects are linked with other projects. For example, the ADP for the current financial year has 371 projects related to the Delta Plan.

A policy brief for the Bangladesh Delta Fund has already been formulated with a two-step approach.

At first, all public, private, domestic and foreign investments will be considered in this fund and will be allocated according to the target. This will continue if the investment target is achieved. Otherwise, a separate fund will be created by creating a legal framework in the second step.

The Netherlands and the GED have decided to hold a two-day international conference in Dhaka in February to increase domestic and foreign investment in the Delta Plan.

The World Bank, the Asian Development Bank (ADB) and the Japan International Cooperation Agency (Jica) have agreed to co-sponsor the conference that will highlight the strategies and priorities of the Delta Plan to investors.

Jamuna River Economic Corridor Development Project is one of the priority projects under the Delta Plan.

The proposed project will increase the navigability of the River Jamuna in the 205-kilometre area from Rangpur to Sirajganj. Besides, the area will be developed as an economic corridor through river governance and maintenance.

If the project is implemented with an investment of $13.4 billion, it will add $362 billion to the country’s economy by 2044, according to the World Bank. The amount is more than the size of Bangladesh’s GDP.

The World Bank has already agreed to invest in this project.

Another priority project under the Delta Plan is “Revitalisation and Restoration of Chalan Beel”. The Netherlands government has agreed to provide 50 million euros for the integrated development of the Chalan Beel that include water management, agriculture, forestry, environment and ecosystem, and fisheries.

Besides, the World Bank has pledged an investment of $300 million in the Dhaka River Ecological Restoration Project. Under this project, water flow in rivers and canals around Dhaka city will be enhanced. Besides, waste water management in the vicinity of Dhaka city will be developed.

The Delta Plan includes strategies for building surface water reservoirs and retaining rainwater to ensure water availability during the dry season. Besides, emphasis has been laid on dredging various rivers and canals to enhance their navigability.

According to the project proposal, a number of barrages will be constructed on the River Bangali. This will create a large reservoir, from where water can be supplied to Gaibandha, Bogura and Sirajganj districts for irrigation during the dry season.

Similarly, there is a plan to use the around 101-km area extending from the Teesta Barrage to Teesta-Jamuna confluence as a reservoir through excavation and construction of necessary infrastructures.

A strategy also has been adopted to retain water at the end of monsoon by dredging the 283-km Old Brahmaputra River extending from Dewanganj in Jamalpur district to Bhairab in Kishoreganj district.