Originally posted in The Business Standard on 18 May 2022

Textile makers, consumers, and representatives from business bodies, however, urged the energy regulatory commission to reject the proposal 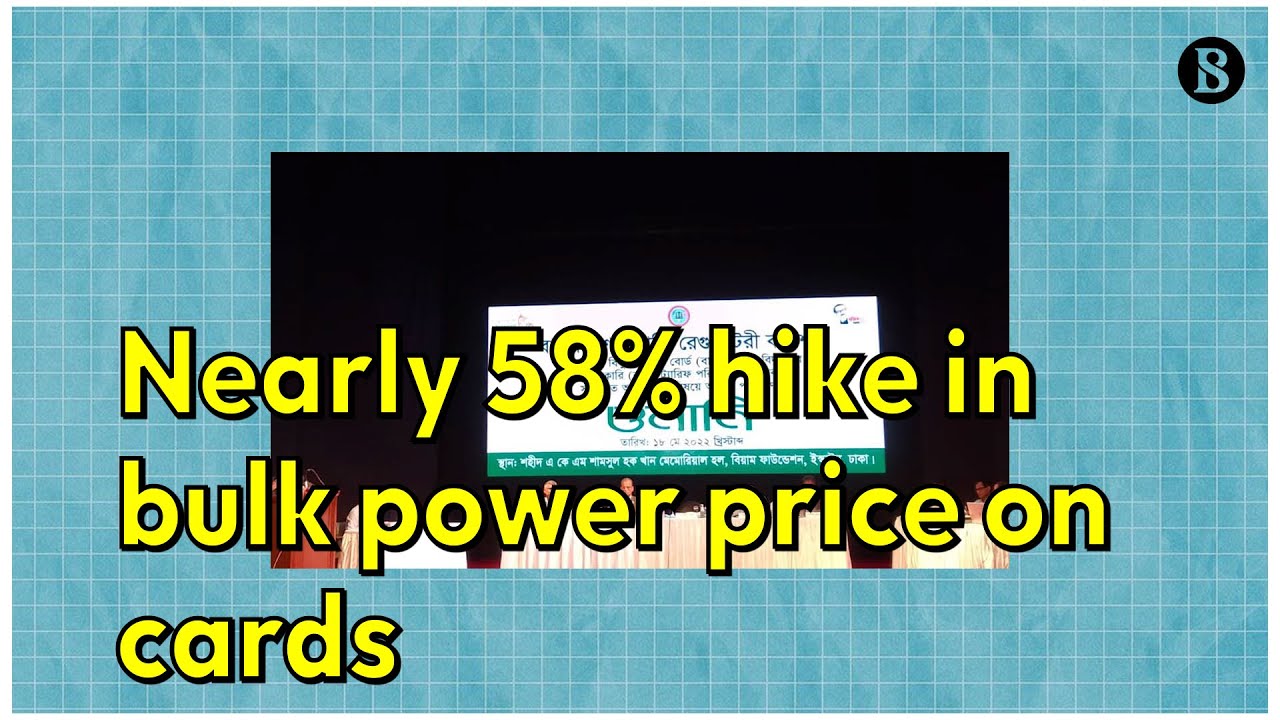 Consumers, squeezed by soaring living costs, are poised to take another blow as the Bangladesh Energy Regulatory Commission (BERC) has recommended raising the bulk electricity price by nearly 58%.

The recommendation for a hike in power tariff has come at a time when consumers’ life is already under multiple stresses because of recent liquid fuel price hike, record inflation and devaluation of local currency.

During a public hearing on Wednesday, the BERC technical committee said they proposed the tariff hike considering the cost of generating electricity from public and private oil and coal-based power plants and the other charges on electricity.

Textile makers, consumers, and representatives from business bodies, however, urged the energy regulatory commission to reject the proposal, claiming the move is absurd as it did not analyse the economic impact of the electricity tariff hike.

They have suggested increasing the use of low-cost power plants on the basis of economic merit order instead of high-cost liquid fuel-based ones in order to minimise the revenue deficit of the BPDB.

Sheikh HM Mostafiz, managing director at Cute Dress Industry Ltd, said a garment factory has to spend about 4% of the total operational cost as electricity bill.

Implementation of the suggested rate would lead the industry to further stress as prices of almost all raw materials have already increased to double, and freight costs have increased by about three to four folds,” he added.

“We are uncertain about how the industry will survive,” said Mostafiz.

“An increase in the tariff rate might bring about a disaster for industries. A large number of factories would not be able to bear that burden,” he added.

A number of industries might be forced to close as a consequence of this price hike, Hatem added.

Shahidullah Azim, vice-president of the Bangladesh Garment Manufacturers and Exporters Association (BGMEA), said, a hike in electricity price will only add to financial burden on industries, which may discourage new investments.

A lack of gas connections and its proposed price hike has already put entrepreneurs under strains, he added.

While speaking at the public hearing, Mostofa Azad Chowdhury Babu, managing director of Motahar Group of Industries, said an industry makes on an average 10-20% profit from its business, but the profit margin has started to decrease because of recent rises transport costs, and food and non-food inflation.

An electricity price hike will force factory owners to increase the prices of products, which will cause the inflation to go up further, he warned.

Mostofa Azad, also a senior vice president of the FBCCI, said it is not wise to increase the electricity price following a temporary hike of the fuel oil on the international market.

“Instead, the BPDB should meet the temporary deficit with the Power Sector Fund,” he observed.

To minimise the deficit, he also suggested the BPDB to reduce the overcapacity, shutting the inefficient old power plants and completing the construction of coal-fired power plants.

He said the BPDB can adjust the deficit by waiving different taxes on oil and coal, reducing the coal based power generation and increasing the plant factor of the combined cycle power plants instead of raising the bulk electricity price hike.

Opposing the electricity price hike, energy expert Professor Ijaz Hossain said there is no other example of such a high price hike in the world.

Suggesting BPDB to decrease the oil-based power generation, Professor Ijaz Hossain said “If you use oil for electricity generation, it means you are in a crisis.”

He added that the power board should use affordable power plants to benefit the consumers.

Nihad Kabir, former president of the Metropolitan Chamber of Commerce and Industry (MCCI), however, suggested a small-scale price hike instead of a sudden big jump.

In the powerpoint presentation, he said the cost of generating electricity from oil has gone up due to the non-availability of gas supply as per the demand.

The average production cost of electricity was Tk2.13 in FY20 which increased to Tk3.16 in FY21.

The cost of power generation per unit will stand at Tk4.24 in 2022 due to an increase in fuel oil price and coal VAT, he mentioned, adding that the BPDB will lose over Tk30,000 crore this year if the wholesale price does not increase.

However, the technical evaluation committee of the BERC found that the BPDB will need a revenue of Tk8.16 against per unit of electricity in the excluding government subsidy.

On the other hand, BPDB’s purchase cost of electricity from the oil-based rental and quick rental power plants varies from Tk3 per unit to Tk16 per unit and even more.

Due to this high-cost purchase and sales at a lower rate, THE BPDB has been incurring losses gradually, which was being tackled by the government subsidy.

“Generally, foreign investors want to gain at least 30% profit from their investment. But, overseas investors will lose their interest in Bangladesh if the government increases the electricity price,” he said.

The public hearing held at the BIAM Auditorium in Dhaka was chaired by BERC Chairman Md Abdul Jalil.

In the concluding remark, he assured of taking a balanced and tolerant decision for all.