Originally posted in The Daily Star on 12 April 2022 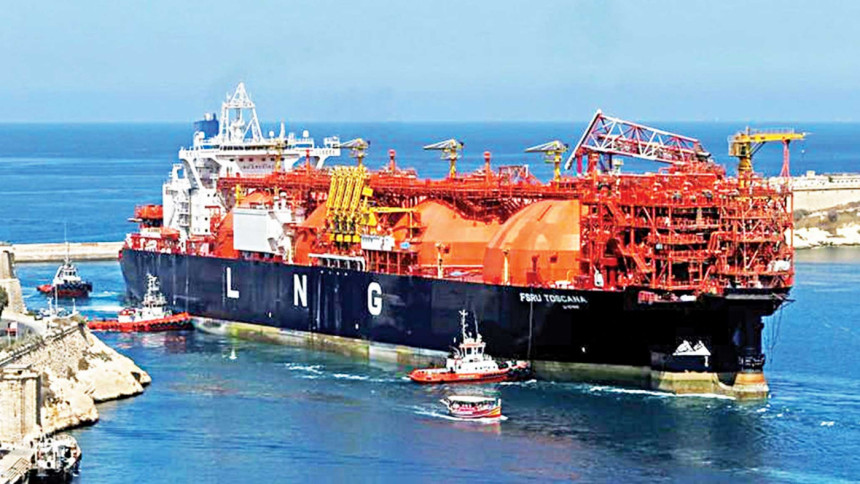 On March 21, 2022, Bangladesh Prime Minister Sheikh Hasina declared 100 percent electricity coverage of the country. As one of the fast-growing economies in the world, Bangladesh needs a reliable energy grid, so this is a milestone moment.

As Bangladesh scales up its energy supply, its leaders face a choice: do they double down on imported fossil fuels, or invest in renewable energy instead?

Last year, it made a major leap forward when it scrapped plans for 10 new coal-fired power plants.

But there are some expectations that at least some of the cancelled coal-fired projects would be replaced with LNG-fired power. There is a distinct possibility that the new Integrated Energy and Power Master Plan (IEPMP)—currently being developed by Japan—will lock in further commitment to LNG-fired power. This would be unsurprising, given that Japan is keen to sell its LNG power technology overseas.

A closer look at fossil fuel markets shows that this approach has major economic risks, and would be a backwards step for a country in need of an affordable and reliable energy system.

Relying on LNG imports means locking into an unstable market and the price spikes that go with it. Even before the Russian invasion of Ukraine, Asian LNG prices reached their highest level ever late last year. Japan is well aware how such LNG price spikes impact power prices—2021 saw Japan’s worst power crisis since the Fukushima disaster, prompted by high LNG prices.

That global dash for gas triggers sky-high costs for people, business, and government in Bangladesh. The government has already paid through the nose in subsidies and other losses to soften the blow of huge price rises in 2021. As a result, Bangladesh Power Development Board (PDB) proposed raising the cost of electricity by 66 percent—a rise that’s likely to be passed on, at least in part, to consumers and businesses, too.

Locking into more LNG reliance would mean that Bangladesh is even more exposed to the risks of volatile fossil fuel imports. It’s no foundation for growth.

Instead, the government’s efforts should be redirected to the two things needed to safeguard the sustainability of the power system: grid investments to make better use of existing capacity and scaling up renewable energy.

Overcapacity problems means the PDB is forced to pay high capacity payments to plants, causing worsening operating losses for the government. Investing in the transmission system would get power to the parts of Bangladesh that need it the most and help end the stream of financial losses from the PDB. Fixing this should be a priority in the IEPMP—not importing expensive LNG.

Renewables are a secure energy source, and that’s why the world’s most powerful countries are now accelerating their investment in renewables amid current geopolitical instability. Take Germany, which has just announced its accelerating its journey towards 100 percent renewable energy after the war in Ukraine exposed the cost and insecurity of relying on gas. Every day Bangladesh doesn’t invest in renewables is another day spent paying through the nose for fossil fuels—while ignoring the almost limitless energy sources on its doorstep.

Energy that Bangladesh can control also means more reliable power for its citizens. A USAID report highlighted that only 11 percent of grid-connected houses receive more than 16 hours of energy supply a day. Secure renewable energy solves this by getting reliable power flowing to the businesses and homes that need it at a fixed cost, unaffected by global fossil fuel price volatility.

Bangladesh’s Sustainable and Renewable Energy Development Authority (SREDA) has recently proposed that a new clean energy target of 25 percent (including renewable and nuclear) by 2030 be incorporated into the new IEPMP. This target would amount to 10,000MW of power, including 5,000MW of wind power.

Other countries are shifting fast from their reliance on fossil fuels. They’re planning for the energy markets of the future—not those of the last century. The recent fossil fuel volatility will only accelerate that transition.

If its new IEPMP wants to prepare Bangladesh for a prosperous, energy-secure future, it will invest in grid upgrades and clean, affordable, and sovereign power. That means renewables, not LNG imports.

Simon Nicholas is an energy finance analyst at the Institute for Energy Economics and Financial Analysis (IEEFA).