Originally posted in The Business Standard on 25 April 2022

Spectra has installed a 35 MW solar power park in Manikganj covering 140 acres of area to supply electricity to the national grid. The director of the company shares her motivation behind establishing the park 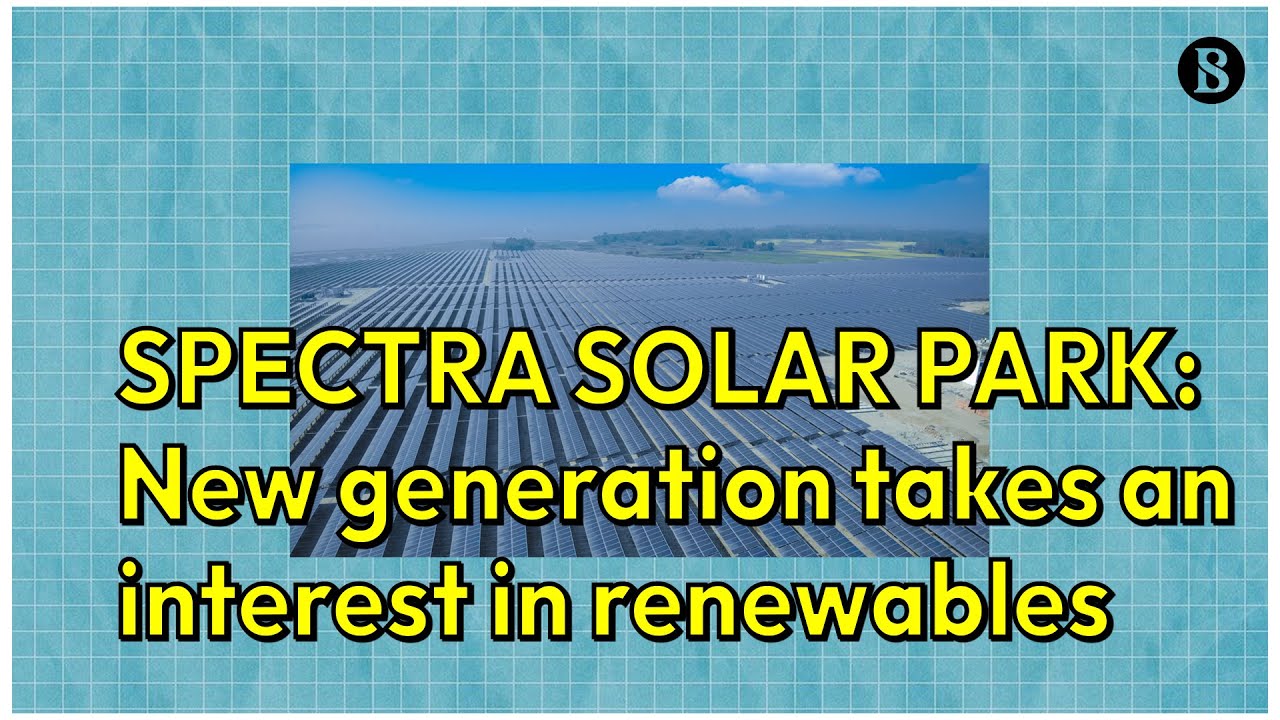 As the urge to move towards a climate-friendly energy paradigm is increasingly felt every day, more and more solar power projects are being set up in Bangladesh. Spectra Solar Park Limited (SSPL) is one of the latest such projects that came online last year.

A joint venture between Spectra Engineers Limited and Shunfeng Investments Limited, a Hong Kong based company, the solar park covers an area of 140 acres in Manikganj.

Originally founded by an engineer – Khan Md Aftabuddin, the chairman of Spectra Group – the group has made large investments in infrastructure, medical gas manufacturing, real estate, apparel, etc. But SSPL is the first power plant owned by the group.

So, what was the motivation behind establishing the solar power plant?

“Three things encouraged me to start a solar power plant. The first impetus is the positive impact on the environment: more than 40,000 tCo2 emission [a parameter to determine the baseline emissions in the renewable energy sector] can be saved from a 35 MW solar power plant per year. In 20 years, 8,06,000 tCo2 shall be saved.

Secondly, the tariff is commercially viable. And last but not the least, availing land for this project was easier since the project is located near the ancestral home of Spectra owners in Manikganj,” said Fatema Khan, director of Spectra Group.

Bangladesh only has an installed capacity of 546 MW of solar power, while the total renewable energy installed capacity stands at 780.92 MW. We are far behind the government’s goal to generate 10% of the nation’s electricity from renewables by 2021. Solar power plants require a lot of land, which is scarce in this overpopulated country.

In order to keep up with the country’s target without sacrificing agricultural land, Fatema proposes a number of alternatives.

“We need to use efficient and higher capacity PV panels, as it will require less area with more output. However, we should keep in mind that higher efficiency panels shall require more cost,” she said.

Utilising industry roof-tops for solar and setting up floating solar panels on river edges and water bodies are other ways to reduce pressure on agricultural land, she added.

Sharing her experience in the business aspect of solar power plants, Fatema said that in terms of profitability, for IPP (Independent Power Producer) based solar plants in Bangladesh, Project IRR (Internal Rate of Return) above 10% is good enough.

However, profitability depends on a number of factors, according to her. Firstly, good tariffs from the government. Secondly, land price, which is usually 17-20% of the project cost. There are places where land prices tend to be higher than expected. Thirdly, low-cost financing as term loans. And finally, EPC (Engineering, procurement and construction) cost. Approximately 60-65% of the project cost is EPC.

SSPL expects to reach breakeven in about seven years, the Spectra director told The Business Standard.

A tropical country, Bangladesh receives bright sunlight all year round. Big solar power plants are a relatively new phenomenon, but the country has the largest number of tiny off-grid solar home systems in the world. Yet, the country is nowhere near its full potential in terms of capturing the energy of the sun. Grid-tied roof-top solar systems for ordinary households are yet to take off due to policy constraints.

Currently, only 3-phase grid users can avail this opportunity in Bangladesh. Officials have been saying that the country does not have the smart network management capabilities to handle the usual fluctuation on a renewable power grid.

In this regard, the renewable energy entrepreneur thinks it is high time we took a step towards grid capability up-gradation through a roadmap. “Initially, a pilot project can be run covering smaller areas. Once the outcome of these areas is found to be positive, then the area can be gradually increased,” opined Fatema.

With the inauguration of a 1,320 MW coal-fired supercritical thermal power plant at Payra and others in the pipeline, as well as with the plan to import 1,600 MW from Jharkhand, India, Fatema thinks furnace oil based expensive quick rental power plants should be phased out very soon.

“Renewable energy based small scale power plants is a good way to approach since land is a critical matter in this. Availability of a large area of undisputed land is not easy, and also settling disputes takes time, so taking smaller chunks of land targeting 10-15 MW capacity plants is a better option,” the Spectra director concluded.