Originally posted in The Daily Star on 22 March 2022 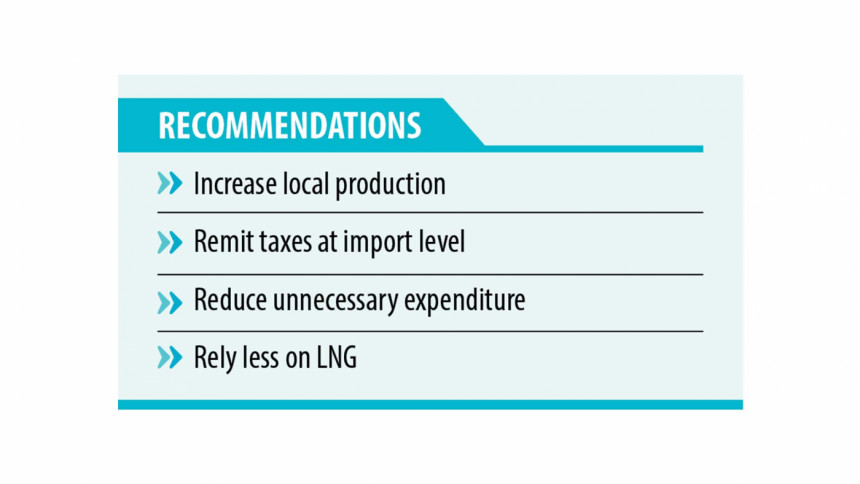 The government will not have to hike gas prices if the local production is increased, taxes at import level are remitted, and unnecessary expenditure in the energy sector is reduced.

The suggestions came up in a hearing organised by Bangladesh Energy Regulatory Commission (BERC) on the proposal for gas price hike by Petrobangla and GTCL (Gas Transmission Company Limited) yesterday.

Taking part in the hearing, Prof Shamsul Alam, energy adviser of Consumers Association of Bangladesh, said they had sought information from state-owned energy production and distribution companies, but got no response.

He said the state-owned gas fields have the capacity to produce 1,145 mmcfd (million cubic feet per day) whereas they produce 841 mmcfd. Why they do not produce as per their capacity has not been clarified.

“The same thing is happening regarding IOCs [international oil companies]. They have a combined capacity of producing 2,760 mmcfd, while they make 2,286 mmcfd. The authorities do not have any reasonable explanation behind the production decline,” he said.

On behalf of consumers, the energy expert said there will be no need to hike gas prices if local production is increased, taxes including VAT is remitted at import level, and dependency on liquefied natural gas (LNG) is reduced.

“Bangladesh is called the petroleum province, given its geological position. But we did not explore properly yet. In the last 20 years, we drilled one field each year. Despite knowing that the gas crisis is approaching, we did not take pragmatic steps, but rather resorted to expansive LNG imports,” he said.

Petrobangla proposed Tk 15.30 to buy a cubic metre of gas. Currently, it is buying gas at the subsidised price of Tk 9.37. BERC’s technical committee differed with the proposed price, as in its analysis the price to buy per cubic metre gas could be at best Tk 12.47.

Md Abdul Jalil, chairman of BERC, said the social and economic implications must be taken into account while proposing tariff hike of gas, as it causes a chain reaction in dependent sectors.

“We must conduct a study on factors like the impacts and which socioeconomic class suffers how much due to tariff change. Unfortunately, we don’t do such studies,” he said.