Formulation of a new Power and Energy System Master Plan (PESMP) is an important policy decision for the Ministry of Power Energy and Mineral Resources (MoPEMR) – as the successive PESMPs are regarded as the main guiding document for the development of the power sector. Its importance has further increased because of aggravated structural and operational challenges and changed power demand amidst the COVID-19 pandemic in the country. There is a need to appropriately use national capacities and resources in designing of the PESMPs. 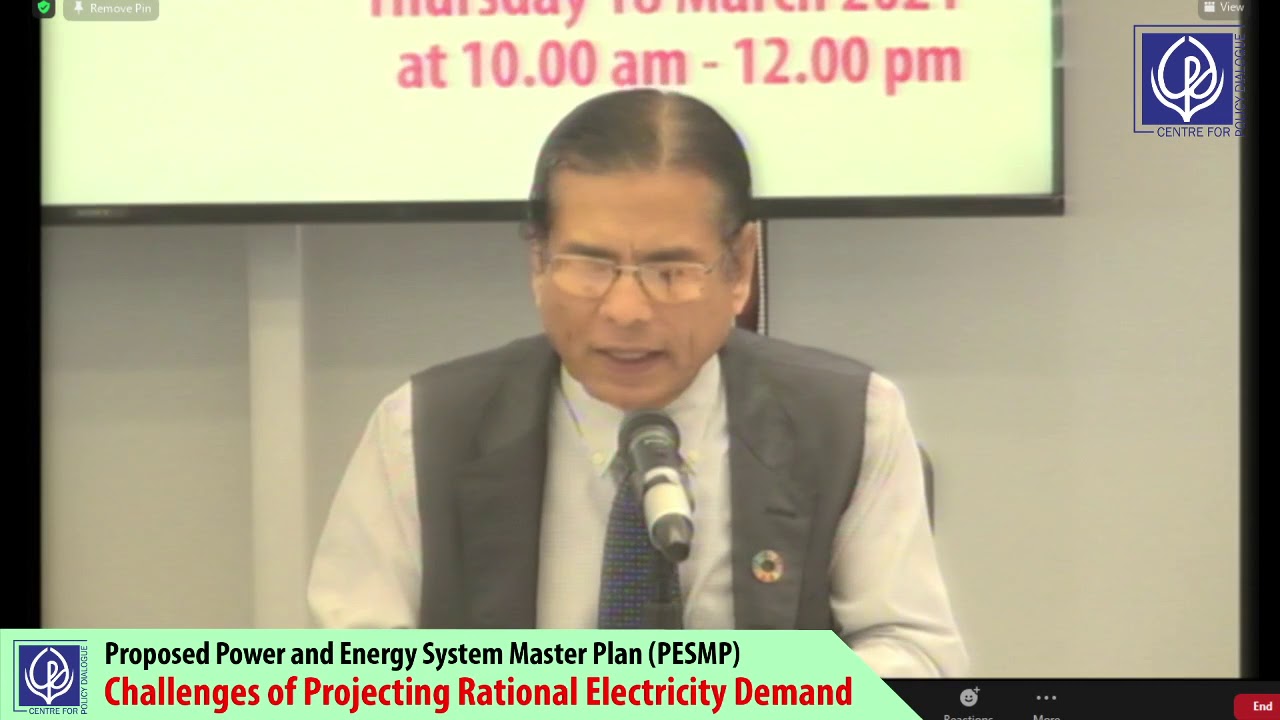 Review of the earlier Proposed Power System Master Plan (PSMPs) has revealed a number of important observations which needs serious consideration while drafting the new PESMP. A number of weaknesses have been observed in the demand side analysis in the PSMPs. These include – longer term projection weaken the plan; mismatch in demand; limited number of variables considered; differences in weights of sectors between GDP and electricity consumption; faulty longer projection, questionable GDP estimates; long wish list of the government; limitation of data; and lack of dedicated institutional support for data. PSMPs are overwhelmingly based on fossil-fuel – initially on natural gas, followed by coal, petroleum and LNG along with natural gas. Major weaknesses regarding energy-mix include ad hoc-based decision making on energy mix, overdependence on natural gas/LNG, rising financial burden of imported fuel, lack of comprehensive plan by including transmission and distribution along with generation, lack or limited investment on transmission and distribution, lengthy transmission system, and lack of understanding and proper planning. Renewable energy in power generation is yet to get adequate attention.

These observations emerged at the CPD virtual dialogue on Proposed Power and Energy System Master Plan (PESMP): Challenges of Projecting Rationale Electricity Demand, which was held on Thursday 18 March 2021. 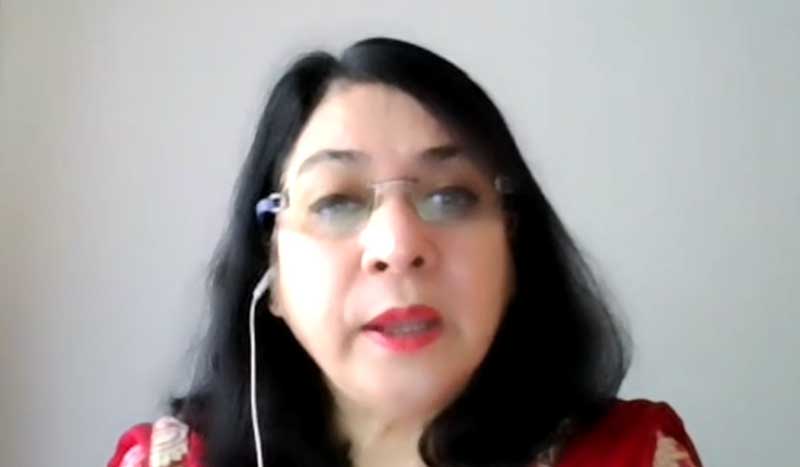 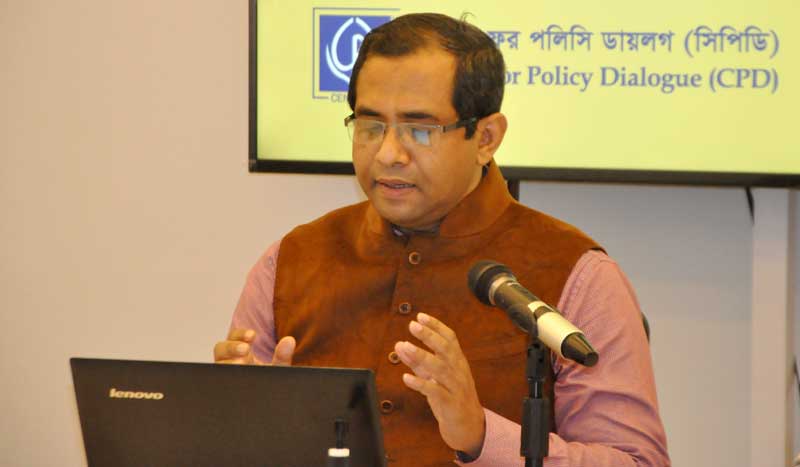 Dr Khondaker Golam Moazzem, Research Director, CPD made the keynote presentation titled, “Proposed Power and Energy System Master Plan (PESMP): Perspective on Analytical Frame, Methodology and Influencing Factors”. The presentation recommended that the new power and energy system master plan should be drafted based on the four principles – (a) To be applied advanced method for estimating the demand forecast; (b) Taking into account the limitations/weaknesses of earlier methods; (c) Aiming to reduce excess installed capacity in a phased approach; and (d) Ensuring due importance in transitioning towards clean power by gradual phased-out of fossil-fuel and phased-in of renewable energy.

Bangladesh should undertake bottom-up approach with micro predictions in forecasting power demand. Limitations of data on each sector and sub-sector will need to be addressed. The new plan shall specifically mention about the required installed capacity (lower case and upper case) and how to phase out excess capacity. The demand side of the new plan will highlight on weaknesses in creating huge excess installed capacity and way-out of the excess capacity. The plan should indicate “”go-slow” strategy with regards to new investment for generation particularly through fossil-fuel including LNG. The plan should highlight investment in transmission and distribution of electricity. The PSMP is expected to put priority on gradual phased-out from the administered power tariff to market-based power-tariff. The new PESMP should highlight on ensuring green and sustainable energy within the country as part of undertaking preparation for smooth LDC graduation. Overall, the next PESMP must show a clear path towards Energy Transformation in Bangladesh taking into account climate change and commitments under Paris Agreement. 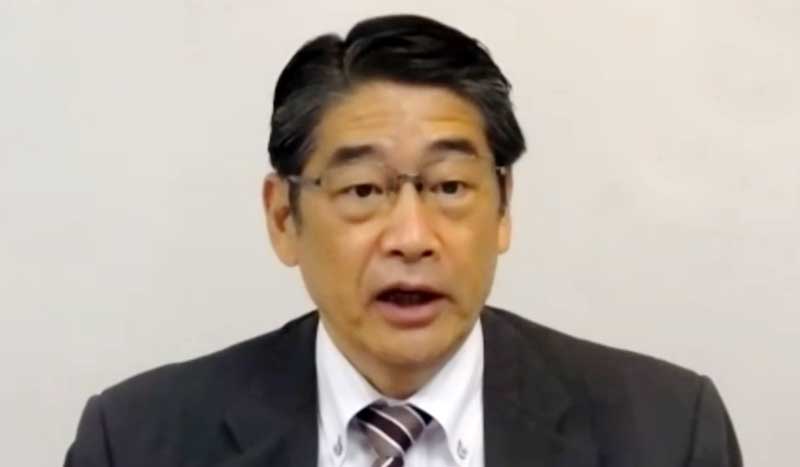 The Special Guest at the dialogue, H E Mr Naoki Ito, Ambassador Extraordinary and Plenipotentiary of Japan to the People’s Republic of Bangladesh stated that they will continue a comprehensive cooperation with the Bangladesh Government in designing infrastructure sector including power sector. Supporting the Ministry in drafting PESMP will be a major initiative in this process. 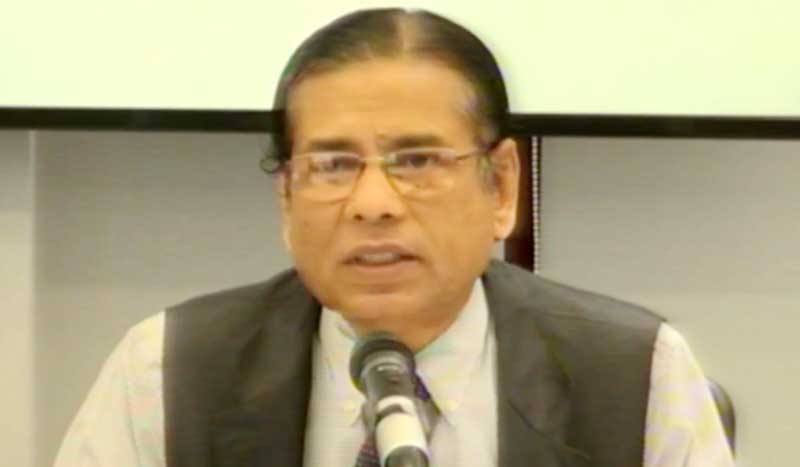 The dialogue was chaired by Professor Mustafizur Rahman, Distinguished Fellow, CPD. He opined that the GDP-based estimates of electricity putting similar weight to different sectors to that of GDP would provide a faulty estimates. Good forecasting is the prior condition for efficient and effective power demand prediction.

The dialogue was participated by relevant government officials, business leaders, development activists, experts and academia, representatives from the development partners and media professionals.